How to Raise Happy Kids: 10 Steps Backed by Science

When you ask parents what they want for their kids, what’s usually the most common reply? They want their children to be happy.

Now there’s tons of info on raising smart kids and successful kids, but how do you raise happy kids?

Sometimes it’s hard to balance what’s best for children with what makes them happy — but the two don’t have to be mutually exclusive. 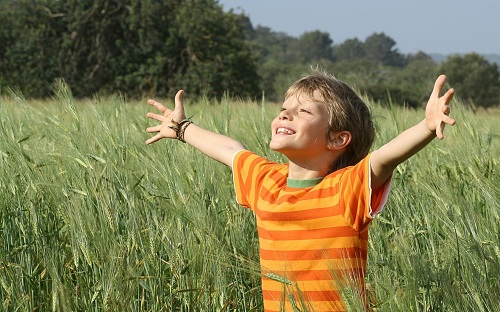 “…happiness is a tremendous advantage in a world that emphasizes performance. On average, happy people are more successful than unhappy people at both work and love. They get better performance reviews, have more prestigious jobs, and earn higher salaries. They are more likely to get married, and once married, they are more satisfied with their marriage”.

So looking at the science, what really works when it comes to raising happy kids?

Step 1: Get Happy Yourself

The first step to happier kids is, ironically, a little bit selfish.

How happy you are affects how happy and successful your kids are — dramatically.

“Extensive research has established a substantial link between mothers who feel depressed and “negative outcomes” in their children, such as acting out and other behavior problems. Parental depression actually seems to cause behavioral problems in kids; it also makes our parenting less effective.” 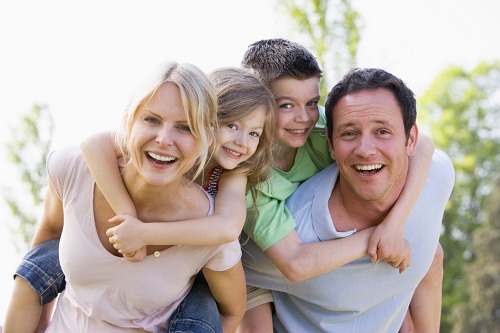 And this is not merely due to genetics.

“…although the study did find that happy parents are statistically more likely to have happy children, it couldn’t find any genetic component.”

So what’s the first step to being a happier you? Take some time each week to have fun with friends.

“Because laughter is contagious, hang out with friends or family members who are likely to be laughing themselves. Their laughter will get you laughing too, although it doesn’t even need to in order to lighten your mood. Neuroscientists believe that hearing another person laugh triggers mirror neurons in a region of the brain that makes listeners feel as though they are actually laughing themselves.”

Step 2: Teach Them To Build Relationships

Nobody denies learning about relationships is important — but how many parents actually spend the time to teach kids how to relate to others?

(Just saying “Hey, knock it off” when kids don’t get along really doesn’t go far in building essential people skills.)

It doesn’t take a lot. It can start with encouraging kids to perform small acts of kindness to build empathy.

This not only builds essential skills and makes your kids better people, research shows over the long haul it makes them happier.

Note to perfectionist helicopter parents and Tiger Moms: cool it.

“Parents who overemphasize achievement are more likely to have kids with high levels of depression, anxiety, and substance abuse compared to other kids.”

The research is very consistent: Praise effort, not natural ability.

The majority of the kids praised for their intelligence wanted the easier puzzle; they weren’t going to risk making a mistake and losing their status as “smart.” On the other hand, more than 90 percent of growth mind-set-encouraged kids chose a harder puzzle.

Why? They explains: “When we praise children for the effort and hard work that leads to achievement, they want to keep engaging in that process. They are not diverted from the task of learning by a concern with how smart they might — or might not — look.”

Want to avoid dealing with a surly teenager? Then teach those pre-teens to look on the bright side.

“Ten-year-olds who are taught how to think and interpret the world optimistically are half as prone to depression when they later go through puberty.” 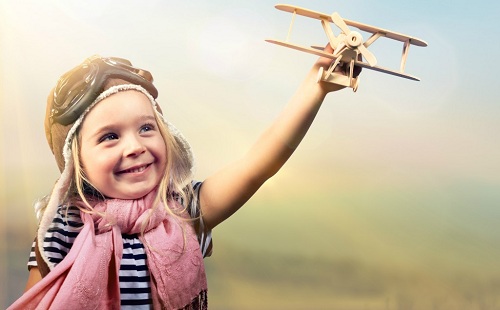 Author Christine Carter puts it simply: “Optimism is so closely related to happiness that the two can practically be equated.”

She compares optimists to pessimists and finds optimists:

1. Are more successful at school, work and athletics

2. Are healthier and live longer

3. End up more satisfied with their marriages

4. Are less likely to deal with depression and anxiety

Emotional intelligence is a skill, not an inborn trait.

Thinking kids will just “naturally” come to understand their own emotions (let alone those of others) doesn’t set them up for success.

A simple first step here is to “Empathize, Label and Validate” when they’re struggling with anger or frustration.

Me: “You are mad at me, very mad at me. Tell me about that. Are you also feeling disappointed because I won’t let you have a playdate right now?”

Molly: “YES!! I want to have a playdate right NOW.”

Me: “You seem sad.” (Crawling into my lap, Molly whimpers a little and rests her head on my shoulder.)

Relate to the child, help them identify what they are feeling and let them know that those feelings are okay (even though bad behavior might not be).

We’re on step 6 and it might seem like this is already a lot to remember for you — let alone for a child. We can overcome that with good habits.

Thinking through these methods is taxing but acting habitually is easy, once habits have been established.

1. Stimulus removal: Get distractions and temptations out of the way.

3. One Goal At A Time: Too many goals overwhelms willpower, especially for kids. Solidify one habit before adding another.

4. Keep At It: Don’t expect perfection immediately. It takes time. There will be relapses. That’s normal. Keep reinforcing.

Self-discipline in kids is more predictive of future success than intelligence — or most anything else, for that matter.

Yes, it’s that famous marshmallow test all over again. Kids who better resisted temptation went on to much better lives years later and were happier.

“…preschoolers’ ability to delay gratification–to wait for that second marshmallow–predicts intelligence, school success, and social skills in adolescence. This is at least in part because self-discipline facilitates learning and information processing. In addition, self-disciplined kids cope better with frustration and stress and tend to have a greater sense of social responsibility. In other words, self-discipline leads not just to school success and sitting nicely at the dinner table but to greater happiness, more friends and increased community engagement.”

What’s a good way to start teaching self-discipline? Help kids learn to distract themselves from temptation.

“One way to do it is to obscure the temptation–to physically cover up the tempting marshmallow. When a reward is covered up, 75 percent of kids in one study were able to wait a full fifteen minutes for the second marshmallow; none of the kids was able to wait this long when the reward was visible.”

We read a lot about mindfulness and meditation these days — and both are quite powerful.

Getting kids to do them regularly however can be quite a challenge. What works almost as well?

“Most kids already practice mindfulness — fully enjoying the present moment — when they play. but kids today spend less time playing both indoors and out… All told, over the last two decades, children have lost eight hours per week of free, unstructured, and spontaneous play…” 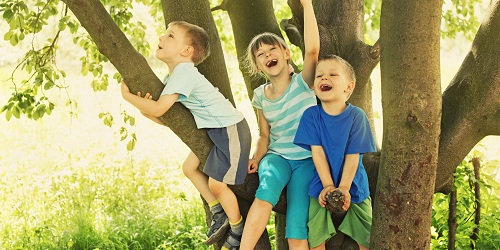 “Researchers believe that this dramatic drop in unstructured playtime is in part responsible for slowing kids cognitive and emotional development… In addition to helping kids learn to self-regulate, child-led, unstructured play (with or without adults) promoted intellectual, physical, social, and emotional well-being. Unstructured play helps children learn how to work in groups, to share, negotiate, resolve conflicts, regulate their emotions and behavior, and speak up for themselves.”

No strict instructions are necessary here: Budget more time for your kids to just get outside and simply play.

Step 9: Rig Their Environment For Happiness

We don’t like to admit it, but we’re all very much influenced by our environment – often more than we realize.

Your efforts will be constrained by time and effort, while context affects us (and children) constantly.

What’s a simple way to better control a child’s surroundings and let your deliberate happiness efforts have maximum effect?

“… research demonstrates a strong link between happiness and not watching television. Sociologists show that happier people tend to watch considerably less television than unhappy people. We don’t know whether TV makes people unhappy, or if already unhappy people watch more TV. But we do know that there are a lot of activities that will help our kids develop into happy, well-adjusted individuals. If our kids are watching TV, they aren’t doing those things that could be making them happier in the long run.”

Sometimes all science does is validate those things our grandparents knew all along. Yes, family dinner matters.

This simple tradition helps mold better kids and makes them happier too. 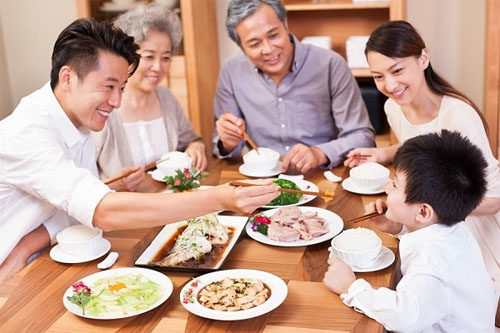 “Studies show that kids who eat dinner with their families on a regular basis are more emotionally stable and less likely to abuse drugs and alcohol. They got better grades. they have fewer depressive symptoms, particularly among adolescent girls. And they are less likely to become obese or have an eating disorder. Family dinners even trump reading to your kids in terms of preparing them for school. And these associations hold even after researchers control for family connectedness…”