Could this classic discipline technique actually make the situation worse? Learn what experts recommend, including a new and improved five-step technique for giving time-outs. 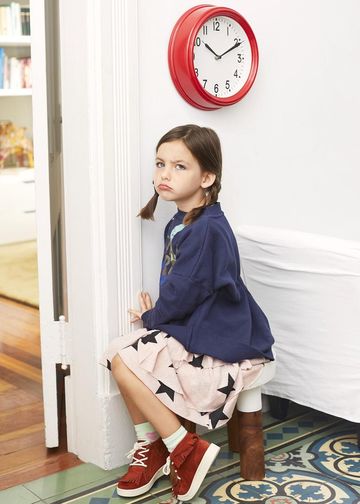 Time-out certainly sounds like a brilliant fix: A child spends a few minutes sitting alone, and emerges calm and cooperative. Parents often admit that it simply doesn’t work—because their kid fights going to the time-out, cries and calls out instead of sitting quietly, or gets even more worked up afterward. However, according to a recent study from Oregon Health and Science University in Portland, 85 percent of parents who use the strategy make mistakes that can reduce its success, such as giving too many warnings or talking to their kids or letting them play with toys during time-outs. If you’re ready to become a time-out dropout, consider when they will be most effective and how you can adopt other tactics to quell your kid’s antics.

Where did time-out come from?

Time-outs became popularized by reality shows like Supernanny, but the technique was first developed in the 1960s as a more humane alternative to harsh punishments that were common then. Before Arthur Staats, Ph.D., now retired from the University of Hawaii at Manoa, came up with the concept, teachers and principals routinely smacked children with rulers, and parents spanked or whipped their kids with switches. Now—at a time when a video of a kid being paddled at school goes viral because it’s so shocking—most parents are embracing a more gentle approach. After all, decades of research have shown that children who have been routinely spanked are more likely to be aggressive when they get older, as well as to suffer from anxiety, depression, and substance abuse.

But a time-out isn’t benign either. “When your child has a tantrum or a meltdown, she may be overwhelmed and unable to control her emotions,” says Daniel J. Siegel, M.D., professor of psychiatry at UCLA School of Medicine and author of No-Drama Discipline. Rather than immediately sending her to a chair in the corner, it’s important to let her know that you empathize with how she’s feeling. Says Dr. Siegel, “Your child actually needs you the most when she’s at her worst.” Most experts believe time-outs can be effective, as long as they are used correctly and in the right situations, especially for kids who are over age 3. “They should be reserved for particular offenses that could cause injury to your child or someone else,” says Parents advisor Ari Brown, M.D., a pediatrician and author of Toddler 411. 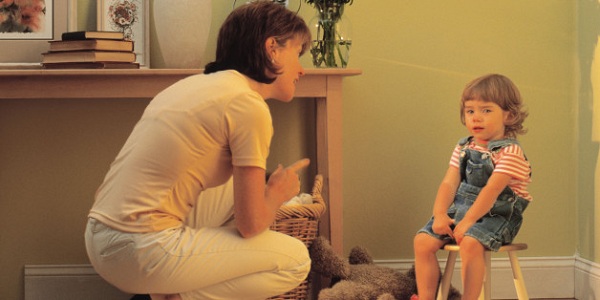 1. Using Them Too Often

Despite popular belief, time-outs aren’t supposed to be about getting children to think through their misdeeds. “A time-out is primarily a ‘Let’s stop things from getting worse’ strategy,” says Eileen Kennedy-Moore, Ph.D., a Parents advisor and author of Raising Emotionally and Socially Healthy Kids. Dr. Kennedy-Moore explains, “In the history of the universe, no children have ever gone to their rooms to ‘Think about what you did!’ They’re thinking about their parents’ meanness. The learning starts after the time-out, when you can say, ‘Okay, let’s try again.’ ”

A time-out is essentially a mild consequence. Young kids crave attention, and even negative attention may suffice, explains Dr. Kennedy-Moore. In fact, “time-out” was originally short for “time-out from positive reinforcement,” because Dr. Staats felt that paying attention to a child’s misbehavior can encourage him to misbehave more. “To me, time-out isn’t a naughty chair or a corner of the room,” says Dr. Brown. “It’s simply the lack of parental attention for a short period of time that lets a child see that his behavior led to losing attention instead of getting it.”

3. Using Them for the Wrong Reason

Research from Oklahoma State University, in Stillwater, has found that time-outs work best on young children who are oppositional and defiant by hitting or intentionally doing the opposite of what you ask, but only if you first try milder responses most of the time. When a child is put in a time-out for different types of problems or if it’s used too often for oppositional defiance, his behavior may get worse, says study coauthor Robert E. Larzelere, Ph.D., professor of family science. Little kids who are just whining about the mashed potatoes or negotiating for more iPad time respond better to other approaches. In those types of situations, consider these tactics instead:

Identify and reinforce positive opposite behaviors, such as playing gently and speaking kindly, suggests Mandi Silverman, Psy.D., a clinical psychologist in the ADHD and Behavior Disorders Center at the Child Mind Institute, in New York City. Praise or offer rewards for these behaviors, saying, “Wow, you are playing so nicely with your toys” or giving your child stars or stickers.

Strike when the iron is cold. After everyone has had a chance to cool down, you can explain, “We don’t throw toys because throwing toys is dangerous.”

The New and Improved Time-Out Technique

If you ask parents how they use time-outs, you’ll probably hear a wide variety of answers, ranging from having a naughty chair to keeping kids in their room. Since Dr. Staats first wrote about time-outs, researchers have changed them for the better, so they’re both gentler and more effective.

Step 1: Give one clear warning. The best study found that a single non-repetitive warning before every time-out can reduce the number of time-outs needed by 74 percent, says Dr. Larzelere. If your child doesn’t start cooperating within five seconds, proceed with the time-out.

Step 2: Announce a time-out. You might wait until your child is relatively calm, but briefly reiterate what he did wrong (“No hitting. Time-out.”), and escort him to a naughty chair. (Many experts advise against sending your child to his room, because he’ll have toys, books, and other fun things there.) Resist the urge to lecture him. It’s okay to offer an explanation before the time-out or after it, but not during it. If you say things like, “I’ve told you about this a thousand times,” “Now you are paying the price,” or “I hope you are thinking about what you did,” you are giving your child attention rather than removing it—and any attention, even negative attention, can act as a reward rather than a consequence.

Step 3: Start the clock. Dr. Staats originally suggested keeping kids in a time-out until they stopped fussing, even if that took a half hour. Today, many parents use the “one minute for every year of a child’s age” rule. However, recent research done by Timothy Vollmer, Ph.D., professor of psychology at the University of Florida in Gainesville, shows that even brief time-outs of one to three minutes are effective, at least for children ages 3 to 5. Setting the clock for longer may make it harder to get your child to sit in a time-out in the future.

Step 5: When the timer goes off, call an end to the time-out. It doesn’t matter if your child is still fidgety, sassy, or crying. Once the timer goes off, the time-out is over, Dr. Vollmer says. How will you know if time-outs are working? If you start following these steps, within one to three weeks you should need to employ them less and less often. Says Dr. Larzelere, “When you call for a time-out and mean what you say, children will learn to listen.”

What If My Child Refuses to Go to Time-Out?

Present a choice. He can cooperate or lose a privilege, such as screen time. If he chooses not to have a time-out, say, “Okay, then it’s no TV,” and walk away.

Offer time off for good behavior. You might say, “Time-out is normally three minutes, but if you go now and sit quietly, it will be two.”

Take it yourself. If your child is safe being unsupervised (or another adult is there), go to your own room. Or say, “I will not talk to you for three minutes because you hit your brother.”