9 Things to do Instead of Spanking

Research confirms what many parents instinctively feel when they don’t like to spank their child, but they don’t know what else to do. The latest research from Dr. Murray Strauss at the Family Research Laboratory affirms that spanking teaches children to use acts of aggression and violence to solve their problems. It only teaches and perpetuates more violence, the very thing our society is so concerned about. This research further shows that children who have been spanked are more prone to low self-esteem, depression and accept lower paying jobs as adults. So, what do you do instead?

First, if you feel angry and out of control and you want to spank or slap your child, leave the situation if you can. Calm down and get quiet. In that quiet time you will often find an alternative or solution to the problem. Sometimes parents lose it because they are under a lot of stress. Dinner is boiling over, the kids are fighting, the phone is ringing and your child drops the can of peas and you lose it. If you can’t leave the situation, then mentally step back and count to ten.

2 – Take Time for Yourself

Parents are more prone to use spanking when they haven’t had any time to themselves and they feel depleted and hurried. So, it is important for parents to take some time for themselves to exercise, read, take a walk or pray.

Another frustrating situation where parents tend to spank is when your child hasn’t listened to your repeated requests to behave. Finally, you spank to get your child to act appropriately. Another solution in these situations is to get down on your child’s level, make eye contact, touch him gently and tell him, in a short, kind but firm phrase, what it is you want him to do. For example, “I want you to play quietly.

Giving your child a choice is an effective alternative to spanking. If she is playing with her food at the table ask, “Would you like to stop playing with your food or would you like to leave the table?” If the child continues to play with her food, you use kind but firm action by helping her down from the table. Then tell her that she can return to the table when she is ready to eat her food without playing in it.

Consequences that are logically related to the behavior help teach children responsibility. For example, your child breaks a neighbor’s window and you punish him by spanking him. What does he learn about the situation? He may learn to never do that again, but he also learns that he needs to hide his mistakes, blame it on someone else, lie, or simply not get caught. He may decide that he is bad or feel anger and revenge toward the parent who spanked him. When you spank a child, he may behave because he is afraid to get hit again. However, do you want your child to behave because he is afraid of you or because he respects you?

Compare that situation to a child who breaks a neighbor’s window and his parent says, “I see you’ve broken the window, what will you do to repair it?” using a kind but firm tone of voice. The child decides to mow the neighbor’s lawn and wash his car several times to repay the cost of breaking the window. What does the child learn in this situation? That mistakes are an inevitable part of life and it isn’t so important that he made the mistake but that he takes responsibility to repair the mistake. The focus is taken off the mistake and put on taking responsibility for repairing it. The child feels no anger or revenge toward his parent. And most importantly the child’s self-esteem is not damaged. 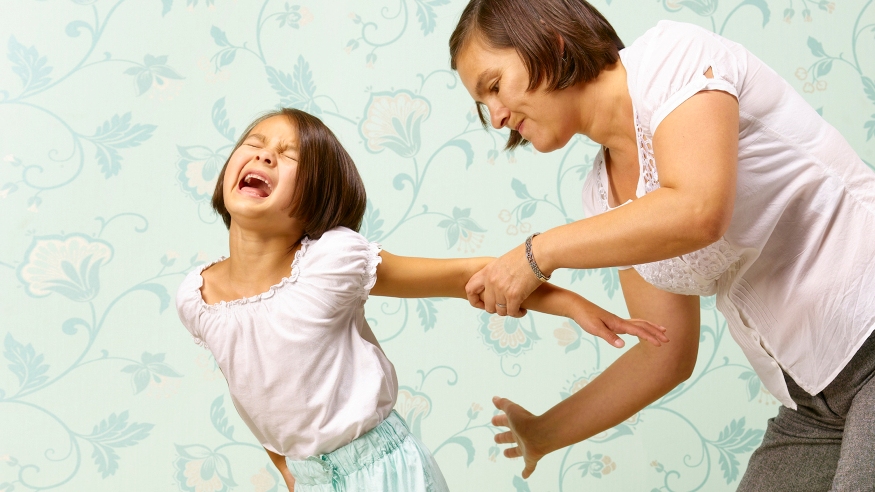 When children break agreements, parents tend to want to punish them An alternative is to have your child do a make-up. A make-up is something that people do to put themselves back into integrity with the person they broke the agreement with. For example, several boys were at a sleep-over at Larry’s home. His father requested that they not leave the house after midnight. The boys broke their agreement. The father was angry and punished them by telling them they couldn’t have a sleep-over for two months. Larry and his friends became angry, sullen and uncooperative as a result of the punishment. The father realized what he had done. He apologized for punishing them and told them how betrayed he felt and discussed the importance of keeping their word. He then asked the boys for a make-up. They decided to cut the lumber that the father needed to have cut in their backyard. The boys became excited and enthusiastic about the project and later kept their word on future sleep-overs.

Children who sass back at parents may provoke a parent to slap. In this situation, it is best if you withdraw from the situation immediately. Do not leave the room in anger or defeat. Calmly say, “I’ll be in the next room when you want to talk more respectfully”.

8 – Use kind but firm action

Instead of smacking an infant’s hand or bottom when she touches something she isn’t supposed to, kindly but firmly pick her up and take her to the next room. Offer her a toy or another item to distract her and say, “You can try again later.” You may have to take her out several times if she is persistent.

9 – Inform Children Ahead of Time

A child’s temper tantrum can easily set a parent off. Children frequently throw tantrums when they feel uninformed or powerless in a situation. Instead of telling your child he has to leave his friend’s house at a moment’s notice, tell him that you will be leaving in five minutes. This allows the child to complete what he was in the process of doing.

Aggression is an obvious form of perpetuating violence in society. A more subtle form of this is spanking because it takes it’s toll on a child’s self-esteem, dampening his enthusiasm and causing him to be rebellious and uncooperative. Consider for a moment the vision of a family that knows how to win cooperation and creatively solve their problems without using force or violence. The alternatives are limitless and the results are calmer parents who feel more supported.